V-Vocal Editor
V‑Vocal is a vocal processor that does pitch correction on notes and phrases, corrects timing, edits formants and dynamics, and can add vibrato.
The following topics describe using the V‑Vocal interface to process audio data. For information about inserting and managing V‑Vocal in SONAR, see V-Vocal Region FX clips.
Here’s a description of the interface:
Figure 483. V‑Vocal. 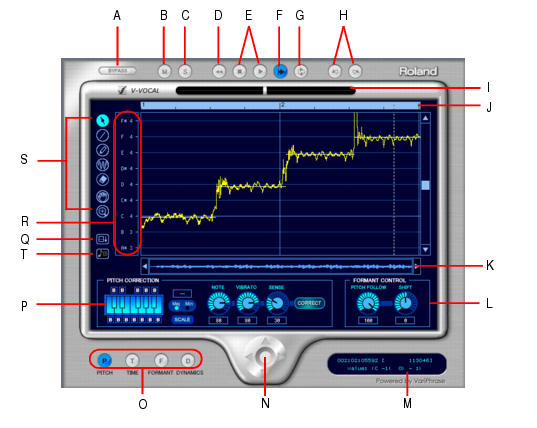 Tip: To search for a specific topic, type your search query in the Search Cakewalk.com field at the top right of this page.

Note: If you prefer to always use offline Help, go to Edit > Preferences > File > Advanced in your Cakewalk software and select Always Use Offline Help.

If you are not connected to the internet, your Cakewalk software will default to showing offline help until an internet connection becomes available.